The Earlies are a band formed by Christian Madden and Giles Hatton from Lancashire, England, and Brandon Carr and John-Mark Lapham from the United States. They are notable for blending elements from a wide range of musical genres and have been described as both “a very English kind of folk-psychedelia… with a smattering of Beach Boys harmonies” by The Independent, and “country-meets-prog-meets-electronica symphonies” by The Guardian.

The Earlies were signed to the record labels 679 and Names in England, Groenland in Europe, and Secretly Canadian in the US and Canada.

Further Listening: One Of Us Is Dead 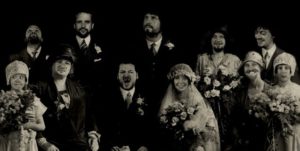